Laurel Volunteer Rescue Squad is a private, nonprofit corporation that has been providing medical, rescue and fire services to the citizens of the Greater Laurel area for over 50 years.

Since our founding in 1952, we have served not only the City of Laurel, but parts of four counties in central Maryland as well. We have seen our service area transform from the rural/suburban setting of small town America to an urban/suburban area with the feel of a big city. The demand for our services continuously increases, sometimes posting an increase in volume as much as 20% from one year to the next.

Equipped with a state of the art Heavy Rescue, a Rescue Engine, a (Pumper) Rescue Engine, a complete Water Rescue Team consisting of a Dive Unit and two Rescue Boats, three BLS Ambulances, numerous support vehicles, and staffed with a dedicated group of almost 200 volunteers, LVRS responds to over 7,000 calls for help annually.

We continuously hone our skills through constant training and competition. Through international competition we are extremely proud to have earned the title of World Champions of Emergency Care an amazing six times! 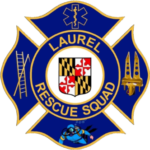